There is a time where the genre Rock & Roll was alive and flourishing into a variety of different aesthetics and a wide range of philosophical disciplines from the depressing woes of the delta blues to the free-spirit psychedelics of the hippies, there is always something for those who searches for some raw physical musical artistry.  But since the beginning of the century, after the grunge phase fade and the commercialized pop punks took their last bow, and the indies dissapears from lack of fundings, it seems that the audiences have grown a little tired of the repetitive 3 chords variations but ironically devours the monotonous loops of mechanically generated symphonies; it seems that rock is dead. Some may argue that rock is alive in Post-Rock and though I am a fan but the word ‘Post’ carries the most weight here. It is the final echoes of a fading memory. The time of rock is over, the time of electronic beats is taking its place. All those palettes of rock is now copied and pasted into this new medium. Not saying I dont enjoy them but given enough alcohol and other intoxicants I could take pleasure in the sounds of farts being played on a feedback loop. Being a more nostalgic motherfucker who dreams of time travelling I’ve always fancied the sounds of the 70s. Fuck the disco, which seems to be making a comeback. I am talking about real proper Rock with an aggresive deep smoke-filled lung vibrating in the mic while a proper shredding of the strings by his side and a hard punch of the drums following the synchronizing basslines.

Now sure, the mainstream may still have the few bands who are keeping this genre somewhat alive such as Foo Fighters, Arctic Monkeys etc etc, but honestly they havent restore my confindence in the future of Rock and Roll. Thank the Devil, all them witches are hiding underground waiting for their moment to strike. I’ve recently discovered the caves where those who ought to be dead are still kicking around. I believe my faith in Rock has been restored.

Below are the my favourite top 4 under-appreciated bands out there who is still rocking out on a new take of the old baby with a few honourable mentions. The List is in a random order. There is no true favourite and no band is better than the other. Just chaos, basically.

All Them Witches is a magical Nashville’s brew of strong hard rock band that I just cant stop raping the replay button on their albums. I dont know how to describe their sounds other than a mystical enchantment that was cast upon my ears and hypnotized my mind to utter pleasure.  A religious experience is felt in the energy that they amplify so perfectly choreographed. Barely three years after its first conjuring in 2012, Michael Parks Jr. (singer and bassist),  Robby Staebler (drummer), Ben McLeod (guitarist) and Allan Van Cleave (pianist) have evolved from jamming sessions while working at the  “corporate hippie store” to sold-out (or I assume) tour around the vast nation of the bald eagle, hypnotizing the listeners into a state of awe.

With influences from Pink Floyd, Led Zeppelin,  ZZ Top, loads of Louisiana Blues band and many more, the description of their  ‘tracks twirlling through rustic instrumentation and muscular distortion before building into a wild climax’ is a modest claim for these hypnotizing heavy grooves have tapped into the soul of the genre while staying organic and original. Maybe I’m bias for this band since I havent had a musical orgasm for such a long time which they have ended that dry session. You’ll be the judge.

“Sometimes, I get visions, for lack of a better word, that lead to songs,” the frontman admits. “I’ll be doing a mundane task at work, walking somewhere in the woods, or driving, and I’ll get these narrative flashes in my head. Personal experiences play into those narratives. This song is about our egos coming to break us down and destroy everything. We try to govern each other and turn the only landscape we have to live in into a parking lot. There’s no room for anybody. So, when God comes back, he’s going to be really mad.”

Now if you’re a fan of Ozzy ‘The Batman’s worst nightmare’ Osbourne or if you just think that Iron Man song was awesome and you’re sad that they dont make those kind of rock, then you’re in luck cause Europe aint giving up on the devil’s orgasms. Kadavar is what Black Sabbath would sound like if they are from the other side of the second world war and was only formed in 2013. Rising from the Fatherland of Deutschland, the guitarist, Philip “mammoth” Lippitz on and drummer, Christoph “Tiger” Bartelt managed to create a doomsday machine that proudly amplifies what was beautiful about those golden days of rock and roll. The pure raw psychedelic vibrating from these three wild long bearded Germanic warriors are proved that time travel is possible, at least in the form of music.

Nuclear Blast records considered them as the “leaders of the German occult rock movement” but those guys might have a little too much radiation to trust since they are the ones who need to sell the products, but it is no doubt that what ever religion these wizards of rock may be worshiping, both the Devil and God wants him to play for them in the after life.  A true master of the psychedelic prog-rock, they have a bright future of conquering the world in their own reich. Even the fuhrer is rocking out their tunes in his grave with Napoleon.

Another European prog-rock that signed with Nuclear Blast Records (they know their shit), this times its the Swedish stoic’s anthems. This is the sort of rock you listen to when you’re sitting with some beer and a joint after a hard day’s work; wondering why the fuck is your life still a shit hole. Maybe you should take that shotgun and that keys to the car and leave right now, leave and drive off into the night, away from all of that reminds you who you are here, trap in this pitiful excuse you call your life. This is the songs that you’ll blast as you drive into a new world where you’re the new Clint Eastwood of the red city town, and you’re free to ride till you’re dead. Too bad you cant, but you can pretend you’re a cowboy every time you listen to the Graveyard. After all that is where you’re dreams go once you become an adult. So yes, enjoy this little time machine of a 4 minute symphony where you can play like a child. Do it at least once a day and rock your that old bones, you sad little cunts.
Woah that got a little weird, these amazing capsule of time for rock is created by the amazing Joakim Nilsson (Guitar & Vocals), Jonathan Ramm (Guitar), Rikard Edlund (Bass) and Axel Sjöberg (Drums). Aggressive Rock&Roll Attack. Psychedelic Blues man. Its like a crazy hobo’s nightmare. A Mystic Viking’s Rock is what I would call them. Like an invasion of emotional vibration, of both the good and bad kind, from awe to fright to curiosity to fight mode to orgasm. A fearsome combination worthy of a true appraisals.

Here read their wiki if you want some information on these guys : wiki. By the time I finish writing this paragraph for these musical Iowans pyschedelicians, the entire album above world have played and replayed and played again. Shusshhhhrooom….! This band made the journey more gasoline fueled, with their steering wheel pointed to Nevada Desserts to be fighting bats on the highway. Shit. We’re not really there are we. No, I got a life and a responsibility. I’m a working adult, that contributes back to society. Yes, the lies that we say every time we wake up and look in the mirror, not knowing that we are spinning out of control in whirlpools in the vast blackness of existence, barely hanging on the fragile gravitational protection of our galaxy spiral arms. Everything is chaos. Colours everywhere. These god damn, minitures vampires are sucking my blood dry. Good, not the dessert. A tropical climate. Reality sinking in. Fucking hell, its has been two days and I’m still stuck at this paragraph. I shouldnt be listening to frequencies beeming out of Moscow. Dont want to cross Vladimir Putin. James Bond villian, nah you need both Justice League and The Avengers to take this bad ass down. I rather go riot on some pussy. 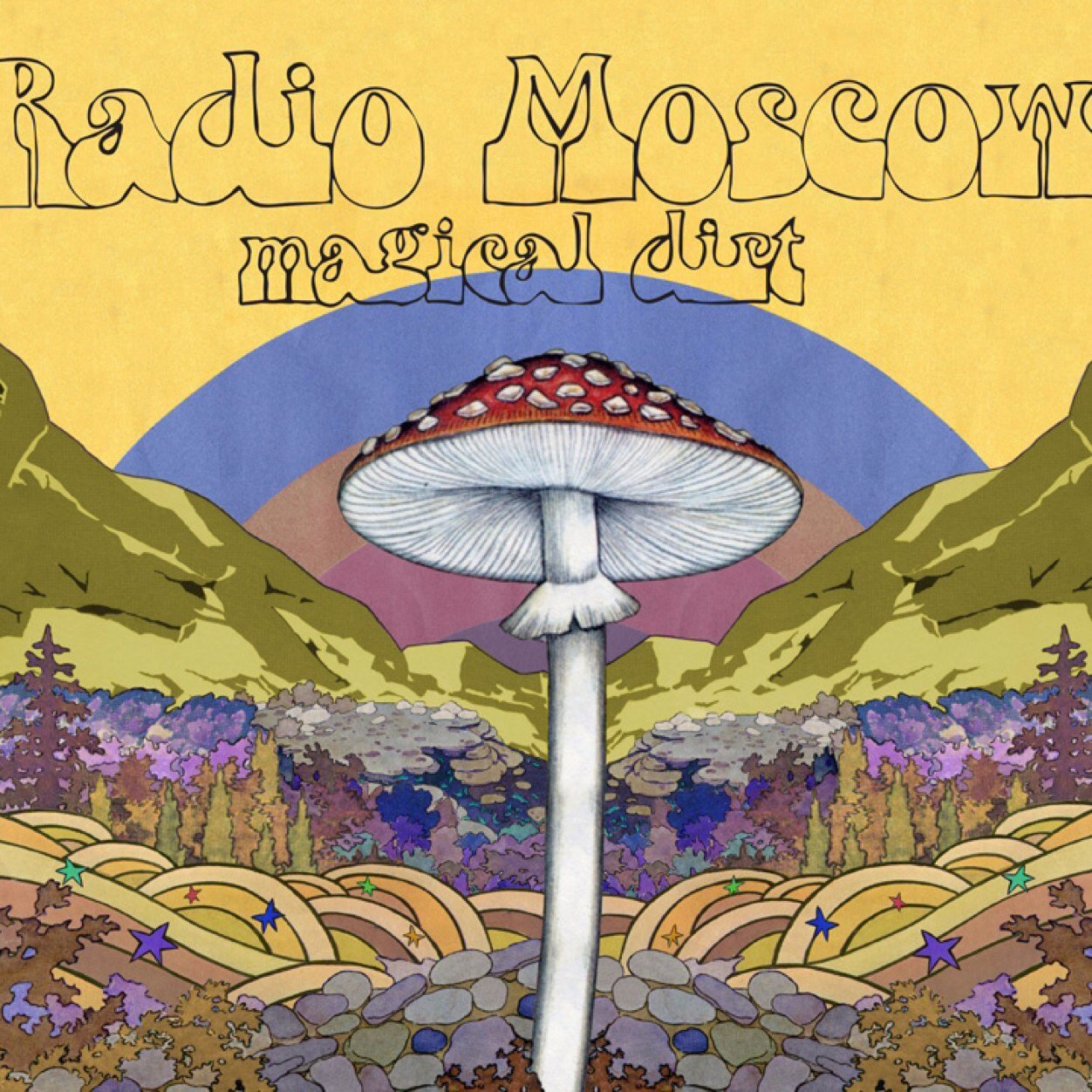 Urm. What are we talking about? Oh yeah, rock and roll. Forgot that I still owe Lucifer a favor. Urm. Its been four days and I’m still writing this god damn post. Fuck this. If you’re reading this, then you must be the Son of Darkness making sure I got this posted. Sorry mate, you may own my soul out of that rigged art auctioning party but you dont own this pair of balls. If you need me to do anything other than having some pints with you to talk about your days or supplying you with Anthropomorphic Morphogenics Psychedelics, then I’m not the man to ask. I dont give a damn if rock is dead or not. I just want to fuck my Muse-Bitches and shoot………..

Ah fuck I’m high. Here is some more videos while I sober down. Sorry this is not professional at all.  Enjoy and sincere apology.

Oh. Fuck. It. Just End this stupid fucking post. See you later on the other side.

One thought on “Rock Ain’t Dead”